Jerusalem24 – Israeli officials on Wednesday accused the Benjamin Netanyahu governments of being responsible for sabotaging relations with the US Democratic Party, especially after members of Congress opposed the party’s approval of a provision in the budget law allowing emergency funding of one billion dollars to renew the missile stockpile for the Iron Dome.

In his tweet, Ya’alon referred to Netanyahu’s personal interference in his support of the Republicans at the expense of the Democrats, which led to the failure of support for other plans and projects.

For his part, current Israeli Housing Minister Ze’ev Elkin said, “the crisis between Israel and the Democratic Party is a process that has existed for many years,” hinting that Netanyahu’s governments are to blame for it.

In an interview with the Israeli Army Radio, Elkin indicated that US officials made promises this night to pass the aid quickly, and that what happened was just a technical disagreement, stressing the need to maintain a good relationship with the two parties, which is important for Israel’s interest.

Likud MK Tzachi Hanegbi rejected these accusations against Netanyahu and his successive governments, considering what was a very important test of Israel’s relations not only with the US administration, but also with Congress.

In statements to the Israeli radio station Kan, Hanegbi pointed out that there is tremendous support that Israel is losing in Congress, and it is likely that these difficulties will be overcome, which he said, “a small group caused.”

Commenting on what happened, Amichai Stein, the diplomatic correspondent for Reshet Kan channel said, “no matter how officials in Israel or the United States try to contain the event, what happened is an earthquake, an event that will have far-reaching effects, and will have its aftermath in what is happening inside the Democratic Party.”

Stein pointed out that there has been a noticeable increase in the strength of some members of the Democratic Party who are described as belonging to the left wing within it, including Rashida Tlaib, Ilhan Omar, and other members who were able during military aggressions against Gaza to prevent a decision to provide security assistance to Israel.

Stein considered that what happened last night reflects the strength of that group, which succeeded in postponing the passage of a provision allowing the financing of the Iron Dome missile stockpile.

The Israeli diplomatic correspondent saw that the important question that presents itself and does not have an answer currently is whether the leadership of the Democratic Party has consulted with the White House on the decision to delete the item from the budget law, referring to the position of US President Joe Biden who said, “he will support Israel to renew its stockpile of interceptor missiles.” This promise was confirmed and adhered to during his meeting with Israeli Prime Minister Naftali Bennett.

United Arab List: If our demands are not addressed, we will not hesitate to go to the polls 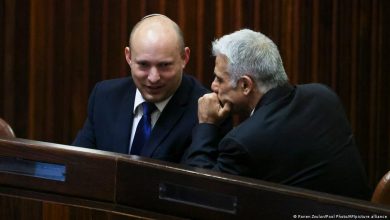 Why are Palestinians absent from the Israeli elections? 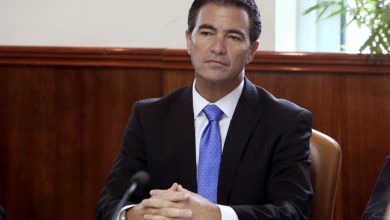