Jerusalem24 – The Palestinian Syndicate of Journalists denounced the French News Agency’s arbitrary dismissal of its head Nasser Abu Bakr, after more than 20 years of his work at the agency.
The Syndicate, which previously followed up the harassment Abu Bakr is subjected to in his professional work, considered that this decision came as a result of the submission of The French News Agency in Jerusalem to the pressures of the Israeli occupation, and the successive campaigns of incitement against Nasser Abu Bakr. Especially after his calls for prosecuting leaders of the Israeli occupation and bringing them to international courts because of crimes and attacks on Palestinian journalists, and in connection with the withdrawal of the membership of the Israeli Journalists syndicate from the membership of the International Federation of Journalists.

The Syndicate pointed out that this arbitrary decision constitutes a disgrace to the French Agency, which has been subject to blackmail and the dictates of the occupation and its incitement trumpets. Which has intensified its work since the election of our colleague Abu Bakr as head of journalists, on the basis of their national affiliation. The union confirmed that it is in the process of taking a series of protest steps against the agency and its policies.

The syndicate called on the Palestinian Ministry of Information to withdraw the accreditation of the director of the agency’s office in Ramallah immediately, and demanded all official bodies, media institutions and all relevant authorities not to deal with him. To consider him a collaborator with the occupation in covering up crimes against journalists, and demanded the Ministry of Finance to withdraw the approval of his financial signature on the agency’s accounts.

The Syndicate called on all Palestinian unions, federations and human rights organizations to work jointly to condemn and stop such arbitrary decisions. It also calls on the International Federation of Journalists, the General Union of Arab Journalists, regional unions and all unions, especially in France, to take decisions and measures that guarantee the professionalism of the agency’s work and not being dependent on the demands of the Israeli occupation.

The Syndicate affirmed that freedom of union work is legitimate and guaranteed in accordance with all national and international laws and regulations, including the French, and that it stands with its head against the agency, its office and its director until he obtains all his rights, and the agency corrects its disgraceful position. The agency also employs settlers and racists, which is an explicit violation to its regulations, and the positions of the French government and the European Union, which considers the settlements in the occupied territories, including Jerusalem, as illegal, and a violation of international law.

It also pointed out that Abu Bakr was subjected to a systematic campaign of harassment over the past five years from the agency’s management and its current and former directors, to push him to resign and leave his work in the agency because of his union work and his defense of journalists. But he refused all offers from the agency’s administration in Jerusalem and Nicosia, as he’s committed to his  professionalism and his job as a journalist at the agency. 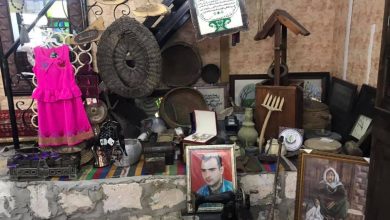 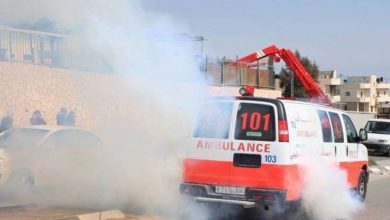