Reporting from northern Israel, Finkler told the right-wing Channel 20, where he serves as the military correspondent, that “One rocket fell on a soccer field in a large Arab town. Unfortunately, it did not result in mass deaths there.” Finkler was referring to the rocket that exploded in the Palestinian city of Shefa-‘Amr, known in Hebrew as Shfaram, which is home to 40,000 Muslims, Christians, and Druze citizens.

Shimon Riklin, the journalist who was interviewing Finkler from the Channel 20 studio, seemed to ignore the correspondent’s comment.

Finkler is a military commentator for Channel 20, the far-right Israel National News, and the religious Kol Chai radio. He is also the chairman of a volunteer group of Israeli military reporters and analysts.

When asked about his statement, Finkler initially doubled down and explained that the residents of Shefa-‘Amr had “applauded the rocket fire,” yet immediately retracted the statement and told Israeli media watchdog outlet The Seventh Eye that he understood he was in the wrong. Finkler then attributed his comments to “emotional turmoil” and fatigue that had accumulated as a result of continuous broadcasting. “I apologize if I was misunderstood, and this is certainly neither my opinion nor the opinion of the station. I apologize from the bottom of my heart.”

However, Finkler made similar comments to Channel 20 in a different segment on Wednesday, in which he claimed it was a “shame” there weren’t many spectators around the soccer field in Shefa-‘Amr when the rocket exploded.

After this story was initially published in Hebrew, Finkler added the following comment:

During today’s report on the mortar that fell on the soccer field in Shfaram, and due to fatigue from long, nearly sleepless days of broadcasting, I made an error by implying that it was unfortunate that there were no casualties. Of course, I intended to say ‘fortunately.’ One word, a whole [different] world of meaning. I am saddened that many gladly jumped on the mistake to attack me and the station, when there is no doubt that it was clear to [Channel 20] that this was not my intention.

Channel 20 did not respond to an initial request for comment. However, a day after the story was published, the station announced it would fire Finkler, offering the following explanation:

After it became clear that [the comments] had been said more than once, the station management decided to immediately sever its ties with Mr. Finkler and summon those involved in the broadcast for a meeting for clarifications and drawing conclusions.

A version of article was first published in Hebrew on The Seventh Eye. Read it here. And it was also published on +972 in English.you can read it here. 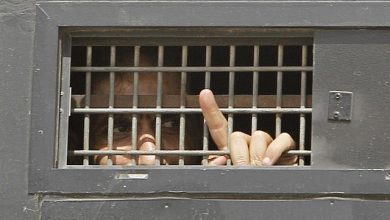 Laboring in the settlements

Ebtaker, starting up your start up