Jerusalem24 – This Monday morning, the Israeli authorities released the Palestinian prisoner Rushdi Abu Makh (58 years) from Baqa al-Gharbia prison, known among his companions as “Saleh,” after he spent a 35-year sentence.

The Palestinian prisoner club said in a statement that the Abu Mokh was arrested in 1986, along with three of his fellow prisoners, the prisoner and thinker Walid Daqqa, Ibrahim Abu Mukh, and Ibrahim Bayadasa.

He was handed a life sentence, which was later determined to be 35 years. Knowing that he was supposed to be released last month, but the Israeli authorities claimed that the prisoner Abu Mokh had a “traffic violation” before his arrest, and accordingly 12 days were added to the period.

The prisoner club pointed out that for decades, Israel refused to release Abu Mokh and his companions despite the passage of a series of exchange deals and releases during the years of their captivity. The most recent of which was in 2014, when they repudiated the agreement that took place within the course of negotiations at the time, and kept detaining 30 captives, which was known as the fourth wave.

During the years of his captivity, Rushdie lost his mother, who had waited for 33 years before her passing.

It is noteworthy that the number of old prisoners arrested before the signing of the Oslo Agreement after the release of the captive Abu Makh is 25, including (11) prisoners from beyond the green line, and the oldest of them are Karim Yunis and Maher Yunus, who have been detained since 1983.

The cultural life of Ramallah this week

Six Years Into The Wild 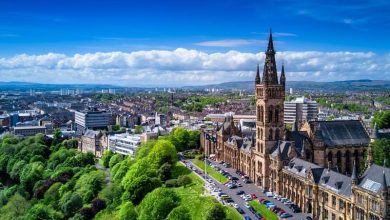 Over 500 academics affirm that criticism of Israel is not Anti-Semitism.