Jerusalem24 – French political activist Olivia Zémor, a Jewish activist who paid a great price for supporting Palestine and speaking out against Zionism.

She’s one of the founders of the organization known today as EuroPalestine which was founded in 2002 as a fierce defender of the Palestinian cause. EuroPalestine is concerned in awareness-raising activities that seek to enlighten the media, politicians, and the general public about the purported denial of rights and justice to the Palestinian people. And the dire need to impose sanctions on Israel in order to compel it to respect international law.

Zémor organized lots of events and demonstrations in France in solidarity with prisoners on hunger strike and with children and women prisoners in particular. She herself went on a hunger strike in support of prisoners condemning the siege of the Gaza Strip and the resulting humanitarian disasters. As well as boycotting Israel and its products.

Zémor was banned from entering Israel more than twice and was listed on “undesirable people” by Israeli government, appeared to court in Paris for publishing BDS videos and led a group visit to Gaza Strip via Rafah Border crossing.

The price Zémor paid for the defense of Palestine was very great, aside of her imprisonment she was subjected to very harmful prosecutions and physical assaults.

She also criticized her country’s policies in turning a blind eye to Israel’s crimes and the French government duplication in dealing with Palestinian cause and its suppression of the French Movement for Palestine.

Now, on 16 March, TEVA is summoning Olivia Zémor to court in Lyon, France, because EuroPalestine posted a call from the Collectif Palestine 69 to boycott TEVA. Not to mention that TEVA is one of the largest manufacturers of generic drugs in the world. It also provides millions of dollars in tax revenue to the Israeli colonial expansion in the West Bank and occupation regime and its military.

Editor/Presenter Graduated from The Arab Academy for Science Technology and Maritime Transport in Cairo, BA in Translation and Mass Communication. Currently Ramallah based Journalist and presenter at Jerusalem24.

Through rain, snow and checkpoints

Confusion in the vaccination process in Palestine 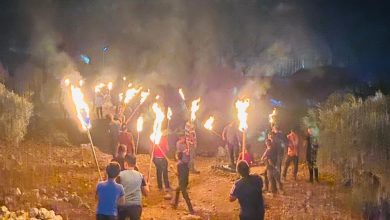