Jerusalem24 – The Jerusalem Association for Empowerment and Development, one of the institutions of the Jerusalem Fund and Endowment Group, announced the launch of a program to contribute to empowering the merchants of the Old City, with the support of the Muneeb and Angela Al-Masry Foundation for Development and the Jerusalemite businessman Munir Al-Kalouti to enhance the steadfastness of the merchants of the Old City of Jerusalem in light of the effects resulting from the spread of the Corona epidemic.

The media coordinator, Moamen Shabana, stated that the launch of the program came during the signing of a set of agreements worth 700 thousand dollars, in the presence of a number of Jerusalemite personalities, and representatives of the Jerusalem Chamber of Commerce and partner institutions.

The program to contribute to empowering the merchants of the Old City, which is implemented by the “Jerusalem Association for Empowerment and Development”, in partnership with the Chamber of Commerce, Al-Quds University and the Wafa Foundation, includes a number of tracks, including the provision of a package of good loans and aid, organizing festivals to encourage shopping in the Old City and the establishment of electronic selling platforms from Jerusalem to the world.

In the same context, Jerusalem’s economy depends mainly on tourism, which constitutes 40% of the GDP of its economy. The Old City, which is inhabited by about 43 thousand people, contains 1,400 shops, 45% of them specialize in oriental antiques, and therefore depend directly on tourism.

In light of the absence of natural visitors, who are foreign tourists, from the Old City, and the closure of Al-Aqsa for a long time due to the Corona pandemic, the economic situation in Jerusalem was affected. Losses have exacerbated under the closure, while the exorbitant taxes imposed by the occupation authorities remain the same, without reduction or exemption.

Moreover, with the intensification of the Corona crisis, which prevented the arrival of tourists to Jerusalem and the Old City, the shopkeepers were forced to completely close their stores, for instance, In Bab al-Silsah and before 2020 there were only about 30 shops closed, but now the number has reached 80. It is estimated that the number of shops that closed in the Old City has reached more than 420 stores.

The Jerusalemite merchant Hashem al-Salaymeh says: “The merchant status in the Old City is a stand of steadfastness, not for collecting money, trade and work. Trade before a time was good, before 2020 it was bad, and now it has disappeared, and every work and money we’ve made before, is now lost.”

Investigation into slain Palestinian by Israeli forces to be closed

Damascus Gate: From a historical location to a spot for arrests and repression 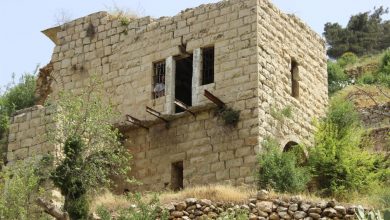